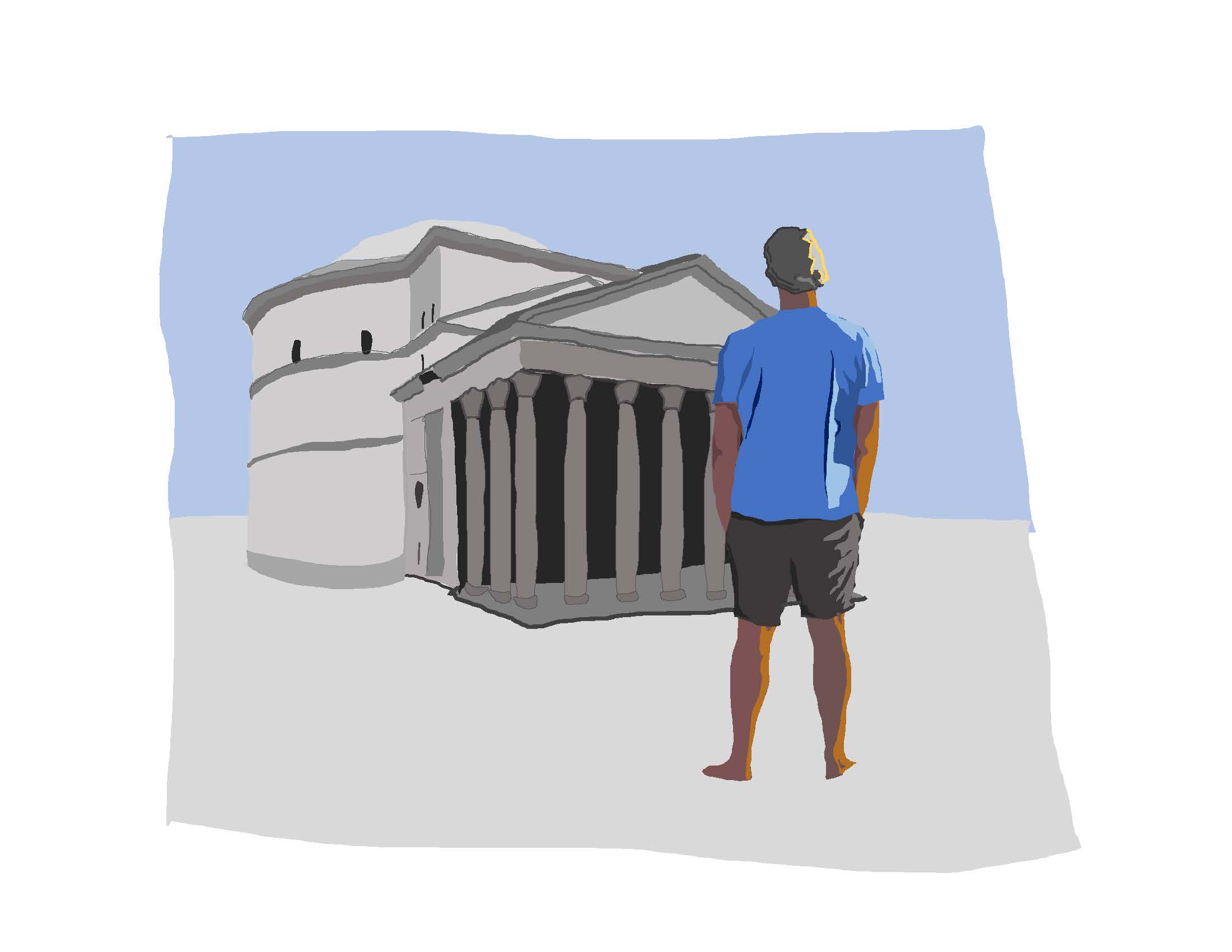 Art, Architecture, and the Principle of Least Effort

The way we speak proves that we’re all a bunch of lazy slugs.  Just ask George Zipf.  A linguistics professor at Harvard University way back, Zipf is best known for his book “Human Behavior and the Principle of Least Effort: An Introduction to Human Ecology,” published in 1950.  He was restating the old adage that people follow the path of least resistance, although he put it in detailed statistical terms.  His theory has seen application to this day in areas ranging from biology to webpage design.

Zipf begins his explanation of the principle of least effort by showing the relationship between the frequencies of word usage and their sizes or meanings.  Google him and you’ll find that he showed that the most common word in the English language (the) is used twice as often as the second most commonly used (of), which is used twice as much as the third (to), and so on.  Apparently we use words this way in order to minimize the work required to communicate our intended message.  Zipf extends his principle from language to all human activity including geography, economics, and artistic matters.  It’s this last topic that interests me here.

As with language, Zipf reduces the arts to a sort of calculation, in this case one whereby the artist seeks the most efficient path to success.

Art becomes the act of expending the least amount of effort to arrange sets of “symbols” in a manner that will gain acceptance of the artist’s work by his culture or society.

In other words, so that people will like it and buy it.  These symbols may be colors or objects in a painting, or space and structure in a building, or notes in a score of music.  This is easy enough to understand; after all, who among us, whether artist, musician, or architect, want to work our lives away without approval and recompense?This view downplays the “starving artist” legend, the one who works solely for the love of it all, but this is a myth anyway.

What’s more difficult for me to see is how the “audience” members for art are minimizing their own effort over the span of their lives by enjoying the art.  Framing everything in the evolutionary perspective as Zipf does, how would he explain the inefficiency involved in the appreciation of art?  It’s an unnecessary luxury, isn’t it, like jewelry?  If expending the least amount of work to survive and extend the species is the goal, how does taking the time and effort to appreciate art increase your evolutionary “fitness?”  It would seem to be a distraction.  In these terms, wouldn’t a person be better off spending time in the office or shop instead of touring museums or cathedrals?

I doubt that anyone would argue that appreciating good art does not enrich their lives.  Even Zipf admits this.  What I’m failing to grasp is how the “extra effort” is justified by the “scientific” explanation.