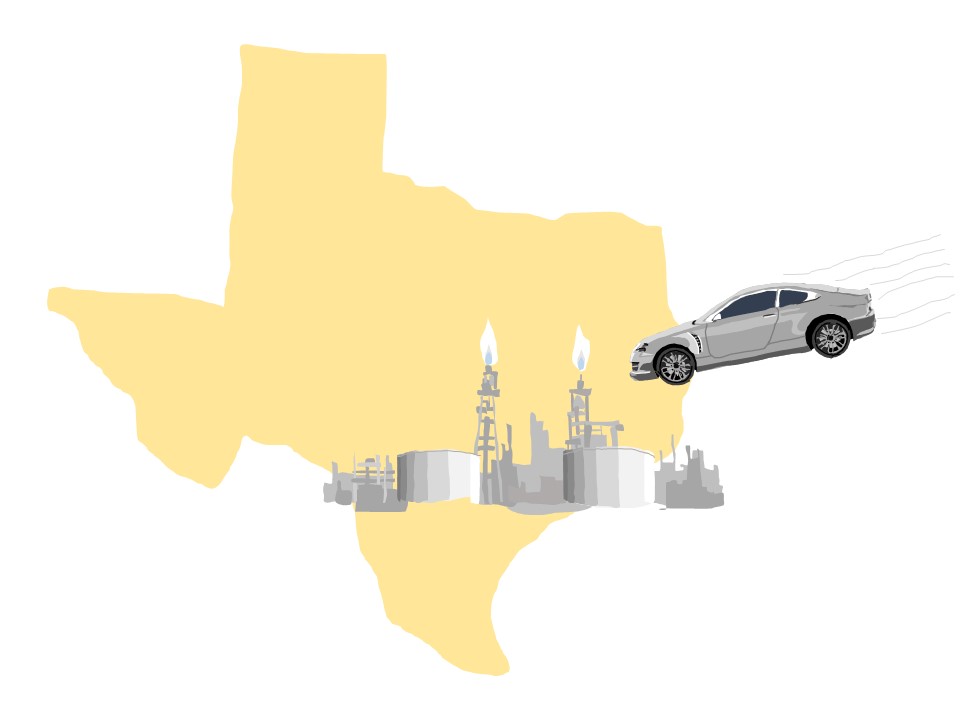 Four decades ago, March 26, 1981 exactly, I drove my Chevy Monza across the Sabine River bridge from Louisiana and unloaded my worldly possessions into my apartment in West Houston. I thought that uprooting myself from New Jersey and chasing a new life and career in Texas would be a good decision. I was right.

Prior to moving to Houston, I had some familiarity with the city.  After college I worked in New York for the architect Philip Johnson, and almost every project in his office—except for the one I was assigned to—seemed to be in the Bayou City.  I also knew, from national news accounts, that Houston was a “perpetual boomtown,” that the price of oil, about $35 per barrel at the time, would soon vault over $100. The reports about the price level were correct—albeit a quarter-century off in their timing.

Having decided in 1980 to leave the Northeast, I investigated several sunbelt cities, searching for the most suitable opportunity to “learn a territory” as prelude to starting my own business.  My final reconnoitering trip landed me inTexas, first scouting the Dallas-Fort Worth Metroplex, then Austin and San Antonio, and finally Houston.  A Texan transplant with whom I worked in New York sized up the Lone Star State’s business communities for me.  The Metroplex was big and bustling, he said, but a society closed to outsiders.  In San Antonio one needed to know which high school people attended.  He did not mention Austin (hard to believe, but it was a small town back then).  Houston, he told me, was wide open to anyone.

Before my exploratory journey, I set up a number of job prospecting meetings with several of the prominent architectural firms of that time.  Although I had been leaning toward Houston all along, I needed final confirmation that the city would be the right choice for me—some sort of sign, if you will. That came on my trip’s concluding day.

Wrapping up my last meeting, I had a free afternoon for urban exploration before heading back east.  Thanks to my upbringing in New Jersey, I have long appreciated the industrial landscape, so I drove out the Pasadena Freeway along the Ship Channel.  Exit after exit, mile after mile, refinery after refinery, petro chem complex after complex, a sprawling megalopolis of piping, tanks, steel structures, and gas flares, a skyline as striking as most modern cities, revealed itself.  Given a spate of articles in The Houston Chronicle early this year regarding anticipated growth in petro chem over the next decade, this sight will only grow more imposing.  My first impression of Houston had been my nighttime approach from the west along the frenetic Katy Freeway, and now my final images were of industrial might on the east side of town.  I had found the sign I was looking for.

Forty years ago, this city was, as described then by an engineer colleague, like a college campus. Everyone had just arrived from somewhere else, making first-time friends.  A few days after my arrival I jumped into my new job at the firm of Caudill Rowlett Scott, working under the tutelage of a man who ended up as a lifelong friend, Jim Gatton.  Being a man of great courage, he entrusted me, a 28-year old, with the management of a downtown skyscraper project!  This role gained for me the acquaintance of many of the fine people at the legacy construction company, W.S. Bellows.  In the succeeding timespan, I’ve had the opportunity to start my own architectural firm and lead it for 35 years.  In the process, I’ve been afforded the great privilege to meet and befriend the finest among Houston’s community of architects, engineers, construction people, businesspersons, and community leaders.

A lot has changed in Houston since I packed my belongings in that little car and headed south and west. It’s a much bigger city than it was four decades ago, and it’s also a much more beautiful and interesting place. But it still booms, it’s still wide open, it’s still friendly, and it still has the Ship Channel.  What more could a young person looking for opportunity want?