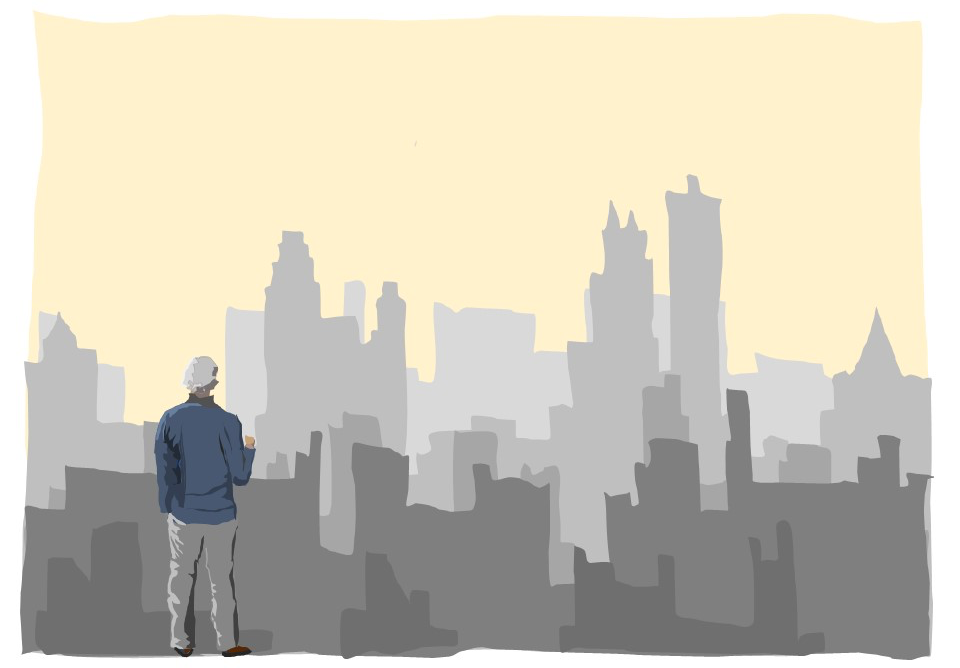 Fifty Years of All Kinds of Luck

Thirty-five years after founding my own architectural practice, I consummated the sale of that firm, just
prior to the onset of the COVID-19 pandemic. Napoleon preferred the lucky general to the good one, so
he would have promoted me. Although not a very contemplative person, the pandemic-induced
shutdown nonetheless gave me a few moments to reflect on my half century engaged in architecture,
and the some of the twists and turns of fate and fortune it illustrated.

‍
My first exposure to the field came as a sixteen-year old, running prints of drawings on an ozalid
machine, mimeographing specifications books, and trimming rolls of vellum to drawing sheet size. (Hint
to millennials: use Google.) After this stint during my high school years as an office assistant, I went
about earning my degrees, picking up internship opportunities along the way. Then I got to work for
real in the late 1970s.

‍
I’ve always felt a little unlucky that my professional career began then. By the time I took my first full-
time job, the post-World War II construction boom was drawing to a close. Building systems and trades
had standardized and commoditized in order to meet the fevered demands of economic expansion in
the aftermath of the global conflict. I must admit to an envy of the early pioneers of Modern design,
who had the chance to work prior to the war in an era of shifting sands, when building processes using
new methods and materials were still finding their way. In contrast, it seemed constraining to now ply
my trade in an era where the basic building components were largely “settled” with respect to
technology, construction methods, and the amounts of financial resources devoted to them. The
industry had become ordered, efficient, and mature, and seemed ossified. But my luck, and our
profession, soon changed.

‍
In 1984, having just founded my firm, I invested in a computer workstation and purchased a new
software product called computer-aided drafting, or “CAD.” The machine I bought was a real
powerhouse—286 kb RAM with a 1 mb hard drive. That’s one megabyte, not giga or tera-byte. Not
long after, I added a Compaq Portable—a 28-pound wonder and innovation in “transportable”
computing. Thus my initial foray into the technological “arms race” which has since transformed how
we architects work. While the product of our work, the building, may not have looked much different,
the process of design and construction was totally transformed. Computation, formerly sequestered in
massive blocks of government and corporate buildings, was now housed in little bone-colored boxes
sitting on each and every person’s desk. The revolution unleashed by the personal computer was
sudden and thorough.

‍
The democratization of the CAD workstation was followed eventually by email, smartphones and
tablets, BIM, flat panels, the Cloud, and—who really knows how AI will ultimately impact us? It’s been a
wonder and a privilege for me to witness firsthand the change from hand drawings to Sketchup, Revit,
and beyond. As a reminder of the bygone era, I keep (involuntarily) a calcium deposit on my elbow, the
result of constant rubbing along drafting boards. Now it’s been joined by carpal tunnel syndrome from
using a mouse. More than their effect on my joints, however, changes in our professional tools have
had profound effects on the thinking processes in which we engage when we design (a subject
warranting its own discussion, thus deferred).

So, a lot has changed. What has not? More specifically, what is worth holding on to? I left the world of
project management at a corporate design firm to start my own practice, largely because I missed the
activity of design and construction, the “smell of the smoke and gunpowder.” Eventually, my role in my
firm—developing business and making sure the bills got paid—again took me away from the action I had
desired. But I held on as long as I could to conducting construction site visits. Being on the job site and
understanding how what we do in the office becomes transformed into something physical and actual is
fascinating. Places of construction are the ultimate “maker spaces,” where theory meets reality.
Site visits also provide a window into an intricate, complex, and incredibly interesting global industry.
Early in my career I was fortunate to have worked on New York’s “Chippendale” skyscraper, formerly
known for being AT&amp;T’s Corporate Headquarters. On this project, materials and building systems that
were crafted all over the world were pieced together. Steel came from South Africa, granite from the
U.S., marble from Italy, and so on. AT&amp;T was not an exception, however. Similar processes now occur
on projects of even modest scope, and the global product pipeline is more extensive than ever.
Looking ahead to the next fifty years, what might be in store? Practitioners of architecture should feel
very fortunate, because the fundamental act in which they are involved, that of design, is becoming
more widely applied than ever. Everything is now considered a design challenge, which means that
these skills can be used even and especially to create a business. Architects are drawn to the field
because the work of shaping buildings is so interesting—where else can you find such a fusion of art,
technology, and business? However, the how of architectural practice is as vital to successful outcomes
as the what. It’s just as important to build coherent teams, create a technological infrastructure, and
prepare viable business and marketing plans as it is to craft space and structure. This demands as much
creativity and innovation as designing a building.

‍
The fluidity of the project is another lucky circumstance. There is no longer a “mold” or “signature”
when each project is a specially built endeavor. Each project cherry-picks people, firms, systems, and
delivery methods. While knowledge of the product—the buildings—may be transferrable from one
project to the next, not much else is. While it can’t know ahead of time how each project may be
structured, the wise architect will need to anticipate the possibilities.
Like most of us who call ourselves architects, I was wired from a very early age. Looking back, my
formative entrance into the field five-plus decades ago feels more like an intermediate step, rather than
the start of a career. Likewise, I see my exit from the firm I founded not as an end, but a transition into
the future. Whatever comes next, my multi-faceted career in architecture was a sign of finding some
very good luck indeed.