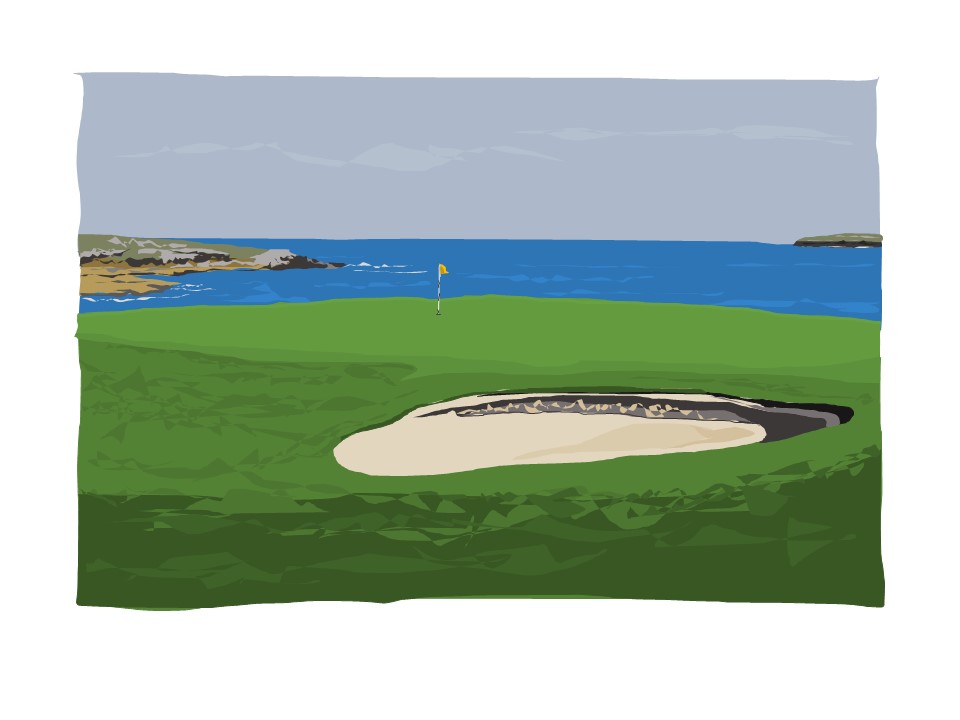 With his titanium bat, Aaron Judge, Jr. smashes his first home run of the 2048 season a whopping 734 feet into the left field seats.  Last year he drilled one a mere 700 feet, but it traveled across 164th Street into Mulally Skate Park.  Not anymore. The expanded Yankee Stadium opened this spring, pushing the fences out 170 feet as Major League Baseball took measures to keep baseballs in the park and dampen the explosion in 100 home run seasons.

As much as this scenario might appeal to one’s curiosity, most of us would probably agree that it’s ridiculous.  Golf, however, has its own versions of this imaginary future Yankee Stadium.  Recent vintage courses stretch toward 8,000 yards in length; is a future with 10,000 yard courses out of the question?  Alone among the significant sports, golf allows technology and biology to define the extents of its playing fields, instead of defining a geography to which the human element and equipment must conform.

I believe that the “distance problem” in golf is not technological or biological—it’s conceptual. Sure, advanced equipment, enhanced physical training, and data analytics have transformed the game.  But these factors affect all sports.  The challenge is that we still view the golf course as “nature unbounded.”  The origins of the game among the shepherds in Scotland, however, and its historical development as a retreat within which to match one’s skills against the elements of nature, have run smack into the modern world.  As any private club’s board members know, we are now bounded—by regulations, water consumption issues, chemical runoff, and other “intrusions” from beyond our property lines.  Golf today is largely a game “of the city.”  This may seem problematic at first glance, but it simply changes the “design challenge” while at the same time holding out the opportunity of opening the game to ever greater numbers of participants.

Consider New York’s Central Park.  It was created as a peaceful natural refuge from the industrial grit of its dense urban surroundings, before morphing into a center for outdoor recreation as the modern economy shifted to service-based work.  It is a green space within clearly defined edges.  We are in an age where golf, as all of the other popular sports, must be contested within a similar “defined geography.”  Defining the geography does not need to be considered a threat to the game.  Certainly, it will require modifications to the ball and equipment to adjust to the size of the “playing field.”  In other sports, equipment design, improved athleticism and data analytics have been allowed to take their course without upending the basics of their games. Major League Baseball, for example, still uses wood bats (not titanium or aluminum).  Golf can handle this too.

I also believe that delineating the golf course “footprint” would encourage creativity in designing the “edges” around golf courses.  Greater heed will be paid to what’s on the other side of the property line, in order to shape courses to take advantage, or not, of what is “over there.”  At many of the great venues of the game, the boundaries are not fences, they are interactions with the surrounding landscape or cityscape, expanding the visual and spatial experience.  Consider the oceanfront holes at Pebble Beach, or the city of St. Andrews along the OldeCourse.  Look around your own course; consider where features on adjoining properties might enhance the experience, or where a sharply defined barrier would be better.  The wall of Manhattan that surrounds Central Park is certainly not a detriment to the beauty or utility of either.